The Thief of Auschwitz 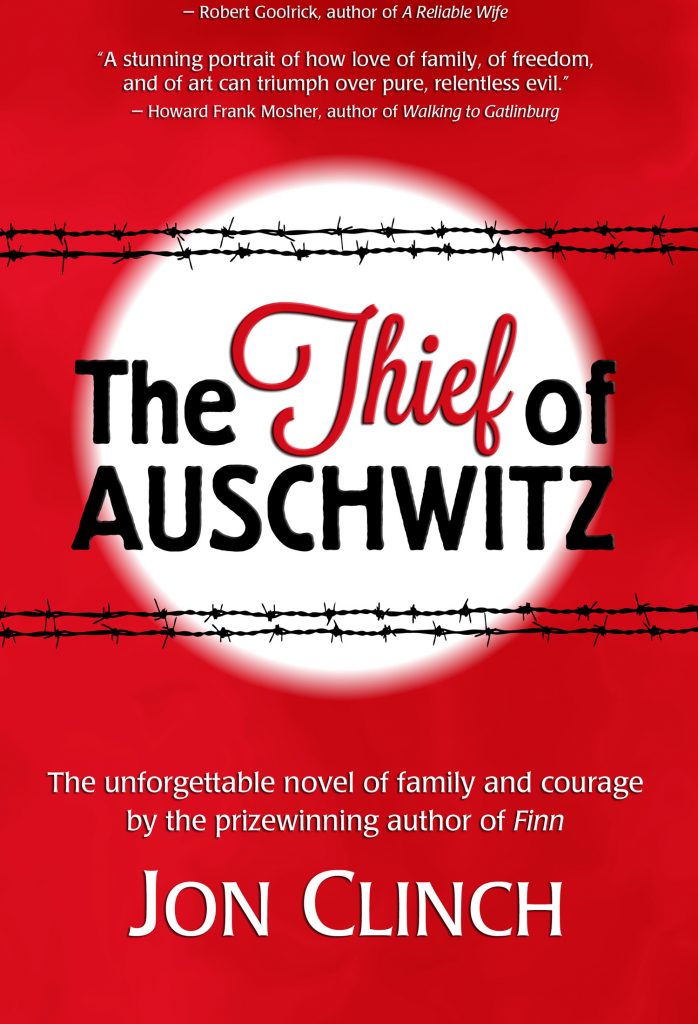 “The camp at Auschwitz took one year of my life, and of my own free will I gave it another four.”

So begins the much-anticipated new novel from Jon Clinch, award-winning author of Finn and Kings of the Earth.

In The Thief of Auschwitz, Clinch steps for the first time beyond the deeply American roots of his earlier books to explore one of the darkest moments in mankind’s history—and to do so with the sympathy, vision, and heart that are the hallmarks of his work.

Told in two intertwining narratives, The Thief of Auschwitz takes readers on a dual journey: one into the death camp at Auschwitz with Jacob, Eidel, Max, and Lydia Rosen; the other into the heart of Max himself, now an aged but extremely vital—and outspoken—survivor. Max is a renowned painter, and he’s about to be honored with a retrospective at the National Gallery in Washington. The truth, though, is that he’s been keeping a crucial secret from the art world—indeed from the world at large, and perhaps even from himself—all his life long.

The Thief of Auschwitz reveals that secret, along with others that lie in the heart of a family that’s called upon to endure—together and separately—the unendurable.

Praise for The Thief of Auschwitz:

“There is a painting of a child that figures throughout Jon Clinch’s moving and fierce new book, one of many indelible and haunting images he paints in this story of one family’s fight to keep love alive in a landscape filled with death. That painting will remain, like the story itself, in your heart forever.”
— Robert Goolrick, author of A Reliable Wife and Heading Out to Wonderful

“Jon Clinch’s The Thief of Auschwitz is the intensely dramatic and moving story of how a remarkable painting enables two doomed parents to save their beloved teenage son from the gas chambers of Nazi Germany. Abounding with richly developed, surprising characters, The Thief of Auschwitz is itself a stunning portrait of how love of family, of freedom, and of art can triumph over pure, relentless evil. The Thief of Auschwitz, for my money, is the best and most powerful work of fiction ever written about the Holocaust.”
— Howard Frank Mosher, author of Walking to Gatlinburg and Where The Rivers Flow North